This edition of the Blind Spot Wrap was compiled by Dario Garcia Giner (DGG) and Izabella Kaminska (IK).

This is a de facto acknowledgment, in my opinion, that there is no need for creations for the purposes of market-making and create-to-lend shorting to be registered in official filings. If that’s the case, shares created in this way equate to a type of phantom share in the system. It might also indicate that the true nature Barclays’ snafu is to have accidentally applied the same protocol (perhaps because it is so common) to conventional buyside investors – IK

The author notes that how people react to Peter Thiel often tells you more about their worldview than anything else. It’s obvious there are many bad faith interpretations of what Thiel is trying to say. The responses to my Tweet thread about the article are telling on that front. There is a popular assertion, for example, that Thiel’s “disregard” for democracy (which I highly doubt is the case actually) is indicative of him wanting to set himself up as supreme imperator of the system. But this could be a total misinterpretation of the message.

As readers probably know by now, I have always championed the “anacyclosis” perspective on matters of political economy.

Being realistic about the existence of the political cycle, however, is not tantamount to advocating for the end of democracy. It is a mere acknowledgement that despite the many checks and balances in the system, democracy itself is not immune to corruption. The political cycle is a force of nature. Representative democracy (which in most Western states features all three elements of the cycle, i.e. an executive function, an elite function and a popular function) is merely a system we have invented to synthesise the cycle in a controlled and thus constructive way.

But when democracy has been corrupted or blockaded by too much disagreement and corruption– a fact that leads to governing inaction and mass dissatisfaction — it’s important to acknowledge this fact so that corrective action can be put into force.

Indeed, to assume modern democracy is immune from corruption is a far stranger thing to believe. History plainly tells us that democracy is more often than not a temporal state.

Take as an example Poland’s early democracy upon the reconstitution of its geographic sovereignty in the 20th century. The young Polish democratic state was unable to reach consensus on almost anything. This eventually led to a temporary transfer of power by military coup to Jozef Pilsudski — the very man who revived Polish independence in the first place. To this day, Pilsudski’s “reign” remains a divisive issue. Some see him as a hero, who protected the country from the excessive influence of fascists and nationalists, and in so doing helped to protect minority rights. Others see him as a classic dictator who should be scorned.

None of this is to suggest that a transfer of power to a strong man is optimal for the long term. Nor is it to suggest there isn’t a risk that such a transfer might introduce a much longer authoritarian cycle, a la the reign of Augustus. These are clear risks. But everything has to be weighed against the alternative which is chaos, disorder, civil war and/or foreign occupation. “He may be a son of a bitch, but at least he’s our son of a bitch” becomes an ever more appealing option in the context of the former. In an ideal world, of course, it’s Jon Snow who begrudgingly takes power to protect the realm and not a despotic hot-head like Daenerys Targaryen, obsessed with birthrights.

Even better, however, is if we reconfigure the democratic system while we still can to ensure corrupting influences can be purged. This is the rationale behind The Blind Spot’s collaboration with Tim Ferguson, who is advocating for the introduction of “rationism” — which I like to call Vitruvian Capitalism.

But to do that we have to have an honest and difficult conversation about what ails current democracy, what the symptoms of corruption are, and how we can create back-up systems. Thiel’s thinking, if my assumptions on his intentions are correct, addresses both the symptoms — which he views as technological stagnation that is not adding to prosperity — and the potential repercussions, and how to handle them.

In many ways, my interpretation of Thiel’s thinking echoes that of eco groups who also think that democracy might have to be temporarily suspended for the greater good to deal with the climate crisis. The difference is — at least to my mind — that Thiel, as a libertarian, may want to ensure that people’s freedoms are always prioritised in such circumstances and that positive-sum solutions that can increase wealth are focused on rather than negative sum ones. – IK

Another type of aerial strike:

How to progress your medical career:

Buy or sell the dys-topia?

The saga of the crashed Antonov gains yet more mystery. It turns out the arms were officially commissioned by a Serbian arms company, Valir DOO and flown on a flight operated by Meridian Air Cargo.

We also received more information on the crash; an unknown white dust was floating in the air, which caused firefighters’ lips to burn – though it was not found to be a hazardous radioactive or biological substance, according to the local mayor.

However, Serbian media is wondering whether the real owner of Valir DOO is one famous Slobodan Tesic, one of the Balkan’s largest arms dealers and currently chased by an Interpol warrant. The individual is also close to several political power circles in the Balkans, having obtained a diplomatic passport with the Serbians in 2012. The company, Valir DOO, was registered just two weeks after new sanctions were imposed against Tesic, and is staffed by related parties of the famous Balkan arms trafficker.

Since its registration, and Tesic’s sanctions, Valir DOO has exported 249 tons of Serbian weaponry in the US in 2021 and 2022.

Another excellent article on the New York Sun included claims brought forward by pro-Russian outlets. They claims the weapons on the plane were destined for Hezbollah militants in Lebanon, carrying British-manufactured NLAW weapons, a deal having been cut with Ukrainian military intelligence personnel for USD 9 mn. A cryptic and pro-Russian telegram channel named Nezygar specified that over “one hundred NLAW anti-tan weapons, 55 Stinger surface-to-air missiles and about a hundred Javelin high-explosive anti-tank weapons” were in the cargo.

The timing is also interesting. The plane crashed late Saturday 16 June, whereas Zelensky fired the head of the SBU and the prosecutor general early on Sunday 17 June.

The airport transporter is also curious; we can also read on Meridian’s website, that “Meridian closely cooperates with the UN and NATO on the delivery of urgent cargo, including military and dual-use cargo.”

Regardless of the truth, the situation is developing and clearly appears to contain politically charged contents.

One of the most overlooked parts of the Ukrainian conflict, especially in light of the easiness in simply condemning Russia for their brazen invasion, is the oft-forgotten fact that this conflict is also a Ukrainian civil war, with many parts of eastern and southern Ukraine hosting a hotly divided populace.

This announcement from the Mykolaiv governor comes amidst the realisation of Russia’s easy advancement in the south of Ukraine, as opposed to bitter fighting elsewhere in the country. We would note that fighting in Eastern Ukraine may have been far more difficult, despite the populace’s split allegiances towards the central Ukrainian government and Russia, as most of Ukraine’s professional army has been stationed there. – DGG

Meta-analysis of the Meta company:

The real danger in employing language that highlights any perceived role of the deep state, is the factual reality underpinning many of the less sensationalist claims regarding the ‘deep state’ , and mainstream media’s total unwillingness to consider them of any import. – DGG 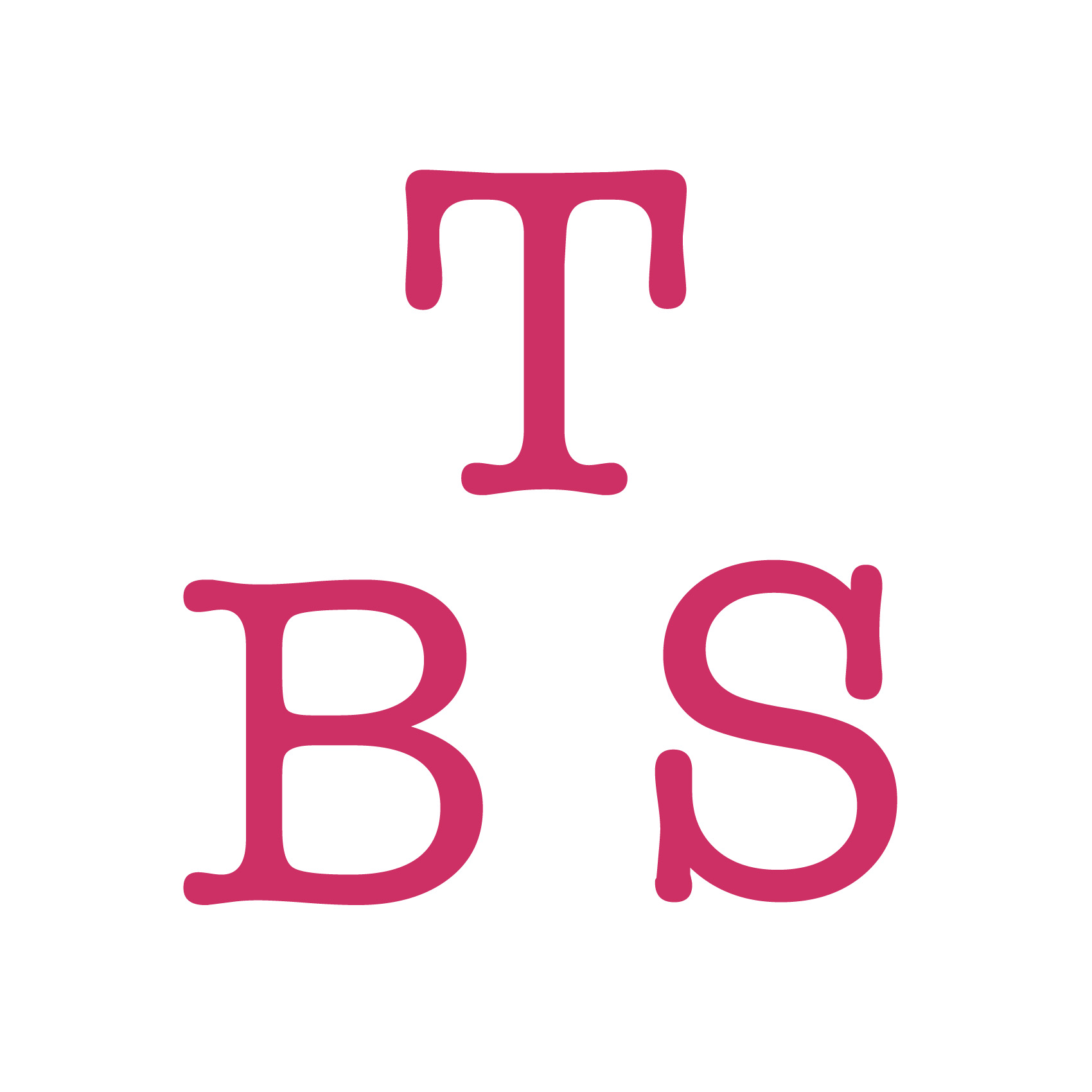 An occasional series: Why is Germany so darn dodgy?