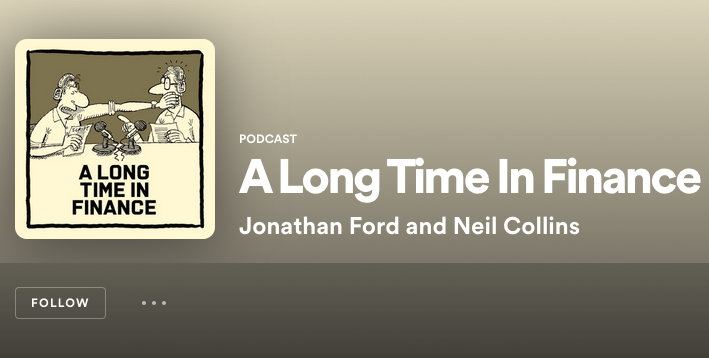 Quantitative easing: The shocking truth. Don’t know your standard monetary policy from the unconventional kind? Relax! We ask economist and former Bank of England adviser Tony Yates all those questions about QE (and its seldom-seen friend QT) that you always wanted the answer to but never dared put. Presented by Jonathan Ford and Neil Collins. […]

The great thing about having premium subscribers is that occasionally when you come across RAW unfiltered market gossip, you can publish it in a discrete but still timestamped manner. The below is not verified. The gossip pertains to the fact that the credit derivative markets are feeling the presence of a new and potentially very […]

The Blind Spot gave evidence before the House of Commons science and technology committee on blockchain on Wednesday. There’s a good write-up of the whole thing here. Though one oversight of that piece is that it fails to mention Aaron Bell MP’s masterful insertion of the term “shitcoins” into the parliamentary record.  “… forgive me, […]

Cushing Oklahoma is where crude that settles under the CME’s West Texas Intermediate contract must be delivered. Whenever there is a big discrepancy between the price of WTI and Brent (the latter of which trades more internationally) there is often a big incentive to store US crude there. The tankage system at Cushing, however, has […]

Spotlight on how crypto genius failed

Decentralised finance, a.k.a DeFi, has been hurting The Blind Spot’s head ever since we first heard about pancake swaps earlier this year. Try as we might we couldn’t wrap our heads around it. What the hell was it? What was its point? How did it work? Why did everyone seem to know what was going […]

Lawfare latest: Banks vs Cadwalladr A victory for public interest journalism, or a travesty of the law? We pick through the surprise judgment handed down in Brexit “bad boy” Aaron Banks’s libel case against investigative journalist Carole Cadwalladr in the company of top media lawyer, Mark Stephens. Presented by Jonathan Ford and Neil Collins. With […]

Comments IK – I’ve decided to post today’s comments after all, but only as an example of what you will see when you are in the live chat. I have, however, obscured the identities with initials for privacy reasons. (Apart from Graham from Coodash.) They’re also in reverse chronological order. 12:08 Graham Halliday: Thanks for […]

Is the ECB’s anti-fragmentation tool a CBDC?

The most intriguing news that came out of the ECB’s ad hoc meeting on Wednesday was that the governing council had accelerated work on a new “anti-fragmentation instrument” to help it cope with diverging sovereign bond valuations as it moves into a tightening phase. The exact wording was this: In addition, the Governing Council decided […]

What the Fed giveth, the Fed taketh away

The outcome of Wednesday’s FOMC decision could possibly end up being one of the most important in recent history. Thanks to some tactically positioned media guidance, the market is, as of Monday, expecting the Fed to go as far as a 75 basis points hike when It concludes its June FOMC meeting. The up-turn in […]

Coinbase as a pathway to “tradfi” crypto contagion

When Coinbase direct-listed on the Nasdaq on April 14, 2021, it did so with a valuation of $85.8bn. The listing came at what might retrospectively be considered the peak of crypto market exuberence and the height of the NFT craze. The nuts price tag at the time somewhat remarkably put the crypto trading platform ahead […]